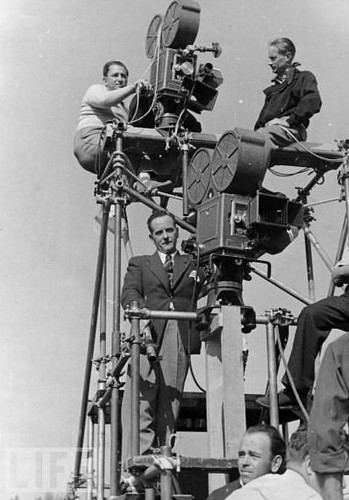 Technicolor was widely used as a color motion picture process in Hollywood during the mid 1900’s. One of the main characteristics of Technicolor film are saturated colors when they are projected on the screen. Before Technicolor film black and white film was hand painted and tinted. The process of hand painting film was tedious, laborious, and phony looking. By 1912 the Technicolor process was being developed by Herbert Kalmus, Daniel Comstock, and W, Burton Wescott and in 1915 they founded the Technicolor Motion Picture Corporation.1 The first film that they produced using the new Two-Strip Technicolor process was The Gulf Between which came out in 1917.2 Unfortunately it panned as a box-office hit and the men quickly realized that a new process needed to be made to produce better colored motion pictures. The Technicolor color film process gradually advanced to a three-strip process, making Technicolor motion films the choice medium in Hollywood during the mid 1900’s.