After filming in Florida, for the movie The Gulf Between, the men at Technicolor traveled back to Boston to work on a better way to view colored motion film. The second Technicolor process was known as the two-strip cemented positive process.10 It was a subtractive color system, which means that instead of adding color through filters on projectors, the colors would originate on the film. This process eliminated the use of special projectors by “layering some combination of cyan…yellow, and magenta (hues that create color when they are filtered or subtracted from white light) on a single piece of stock.”11

With the change in where the color is originated, came a change in the camera that was recording the material along with the film it was being recorded on. The new camera had the ability to expose both red and green filters onto the black and white negative.12 The green would be exposed upside down, in relation to the red. The film was developed onto a special film stock known as a matrix. “A matrix was a black and white positive stock that contained silver halides…and a gelatin that hardened during development.”13 The matrix stock was half the thickness of 35mm film and so that made it easier to transpose the two colored stocks on top of each other creating one colored film. 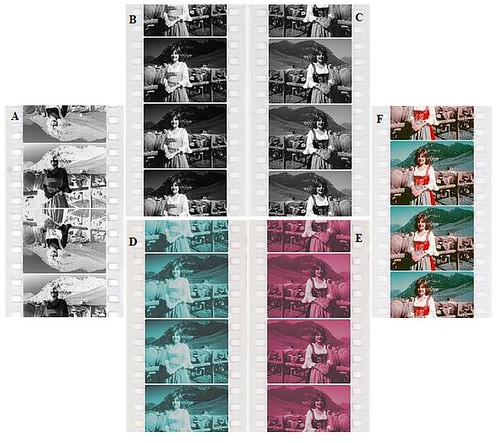 Now that the color process had improved, Technicolor started working on a film with Joseph Schenck to supervise the first film made with the new color process.15 The movie was Toll of the Sea, which had a successful premier in New York on November 26, 1922.16 Below is a clip from the first successful Technicolor motion picture.